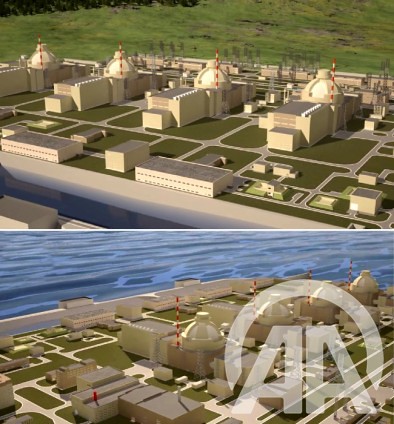 For decades Turkey is planning to construct a nuclear station. And whenever government decides to work on the nuclear power plant plans first NGO’s than public reacted so strict. That I call it Turkey’s Game on Nuclear Energy

Besides, Chernobyl Accident in 1986 affected Turkey seriously especially north east parts that corps, people even unborn have effects of radioactivity. Cancer ratios climb like crazy, etc… I think that is the main subject why Turks are not pleased about nuclear power plant idea.

As a result, whenever it has been started to talked about nuclear power plant lots of debates has been held on TV’s, newspapers, etc. and government could not able to approve any Nuclear Power Plant Projects.

But in May 2010, Russia and Turkey signed an agreement that would construct, own and operate a nuclear power plant at Akkuyu (Northern side of Turkey) / Mersin, comprising four 1,200 MW VVER units.

The agreement ratified by the Turkish Parliament in July 2010. And after the parliamential approval the government agency of Turkey AKA Anadolu Agency had a news at its local pages. I waited for them to broadcast the same/similar news internationally but they did not so I want to share current situation.

The debates are going on everywhere again but this time government’s attitude sharp: “it will start to construct in 2013”.
What are the main concerns for the nuclaer energy in turkey?

There are several points of views for this issue normally,
Government says that Turkey needs energy and nuclear plant is a must for sustainable energy in Turkey which is also dictated by Turkish Energy and Natural Resources Minister Taner Yildiz.

As a civil engineer 20 billion dollars project is a huge and will have economical benefits for sure but Nuclear Power is accepted as old technology in the world and current technologies like wind & sun energies are at suitable / applicable level now.

I admit they need more development and the prices are a bit higher but still have enough capacity and production pries will be nearly the same compared to Akkuyu. In the long term there are lots of advantages as like own manufacturing technology.

In my opinion Turkey has the manpower for both wind and Sun Energy and if government supports new energy Technologies either construction of energy farms or R&D technology studies. Turkey would even export these technologies instead of importing Nuclear Technology which is not that meaningful and produce cheap, clean and environmental energy.